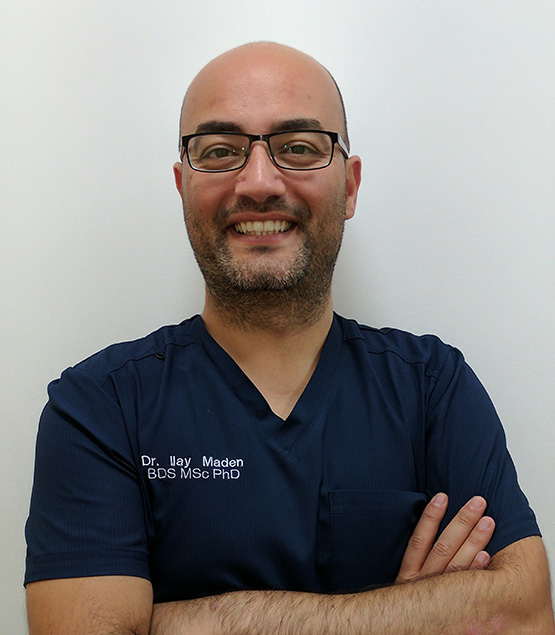 Dr Ilay Maden studied dentistry and completed his Ph.D. for periodontology at University of Istanbul.

He has received his MSc degree for Lasers in Dentistry from Aachen University, Germany in 2007. Since then, he has been teaching laser dentistry all around the world. He has held many theoretical and hands-on courses and has been a speaker in a number of international congresses on diode, Nd:YAG and Erbium lasers in dentistry in over 20 countries in Europe, Asia, and North America.

After practicing mainly periodontology and implantology as an associate at different private practices for 15 years in Istanbul and the UK, he has now set up a fully laser & digital dentistry practice on Harley Street, London.

He is an adjunct faculty member of AALZ, as a thesis co-advisor and examiner, a lecturer for Laser and Health Academy (LAHA), German Association of Oral Implantology (DGOI), International Continuing Education Center for Dental Implants (IFZI) and Dental Online Collage by Deutscher Ärzte-Verlag.